Universities and cities have shared destinies. It is important to remember this as the growing availability of vaccines allows us to begin to think about a post-COVID-19 future.

The ongoing public health crisis continues to impact every part of our society, including the cities where so many of us live, work and study. The very best things about cities – the proximity to other people and the closeness and connections they foster – are liabilities during a pandemic. Practical things, like public transportation, and fun things, like festivals, are potential super spreaders.

But urban universities, like Tulane, are defined by the cities we call home. Our location in cities help us achieve vitality, innovation, creativity, diversity and more. As I often say, Tulane would not be the university it is today absent the culture, ingenuity and resilience of the city it calls home. Likewise, New Orleans has a richer past and a brighter future due, in no small part, to the presence of a major national research university like Tulane.

During the past year, New Orleans, which attracts visitors from around the world, has been hit hard by COVID-19 and is still reeling. But, with increasing vaccinations and falling infections, we are beginning to see the contours of a future not defined by a global public health crisis. In this future, it is clearer than ever before that the fates of New Orleans and Tulane are inextricably intertwined. We learned and lived this fact 16 years ago in the aftermath of Hurricane Katrina. Tulane became instrumental in the rebuilding of this great city and, in turn, New Orleans attracted a new generation of Tulane students focused on using their knowledge and skills in service to others.

If Hurricane Katrina was a chance to rebuild New Orleans, COVID-19 offers the opportunity to reimagine it as more than a place for entertainment and tourism. As vital as these are to the city’s economy and spirit, there is another area in which New Orleans can distinguish itself – biomedical research. The battle against infectious disease was the founding purpose of Tulane, back in 1834, when yellow fever was a yearly threat to our region. Today, developing new tests, treatments and vaccines for COVID-19, as well as countless other diseases that menace populations worldwide, is at the forefront of Tulane’s efforts. The importance of this endeavor has never been more widely appreciated. The unprecedented public health crisis brought about by COVID-19 has helped bring unprecedented levels of research funding to our university and city.

Besides leading to breakthroughs that benefit all, such scientific discovery can also create jobs and help grow the battered New Orleans economy. The COVID-19 crisis has given new urgency to Tulane’s plans for major expansions in downtown New Orleans, home to the city’s burgeoning biomedical corridor. This includes a $55 million residential redevelopment near the School of Medicine and the anchor role we hope to play in the revitalization of the Charity Hospital building, which has been shuttered since Katrina.

Just when it needs it most, Tulane is providing a financial injection into the local economy through these and numerous other initiatives. We are offering a fundamentally different business model for New Orleans – but one that is sure to grow and endure.

Through Tulane’s Albert Lepage Center for Entrepreneurship and Innovation, we’re also helping local entrepreneurs manage the current health crisis, minimize its economic fallout and develop strategies for moving forward. As the largest private employer in New Orleans, we are hiring more women and minority-owned businesses as vendors and finding new ways to partner with local industries. We’re building connections between Tulane and young New Orleans residents through efforts such as Project Pipeline and STEM camps that give local middle school students, many from underserved populations, the opportunity to study with role models in science, technology, engineering, mathematics and other fields. Thanks to Louisiana Promise we are meeting the full financial need, with no loans, for students from middle and low-income families, who want to attend Tulane.

Our efforts to help create a new post-COVID-19 New Orleans include addressing systemic racial health equities that have been exacerbated during the pandemic. We are also studying climate change, sea-level rise and other complex issues that impact river and coastal communities such as our own and those around the world. We are working to make discoveries and gain insights into the city’s past by helping to preserve its architecture, language, musical traditions and urban geography. Together, Tulane and New Orleans are finding exciting pathways to a thriving tomorrow while our scientists lay the groundwork to help us detect, and perhaps even prevent, other potential pandemics before they happen. Tulane and the Crescent City have a long history together and, I believe, we have an even longer shared future. We’ve been knocked down before – by yellow fever, by Katrina and by COVID-19 – but every time, we have helped each other to rise, to move forward and to create a better today and tomorrow.
Mike

P.S. This week, our “Heroes and Helpers” series spotlights Daniela Rivero Bryant, a Tulanian who played an important role in both the city’s Hurricane Katrina recovery and the continuing response to COVID-19. Read her story below.

"Heroes & Helpers" recognizes a person or team, among Tulane's students, faculty, staff and alumni, engaged in extraordinary efforts on behalf of others in the battle against the major health crisis of our time. 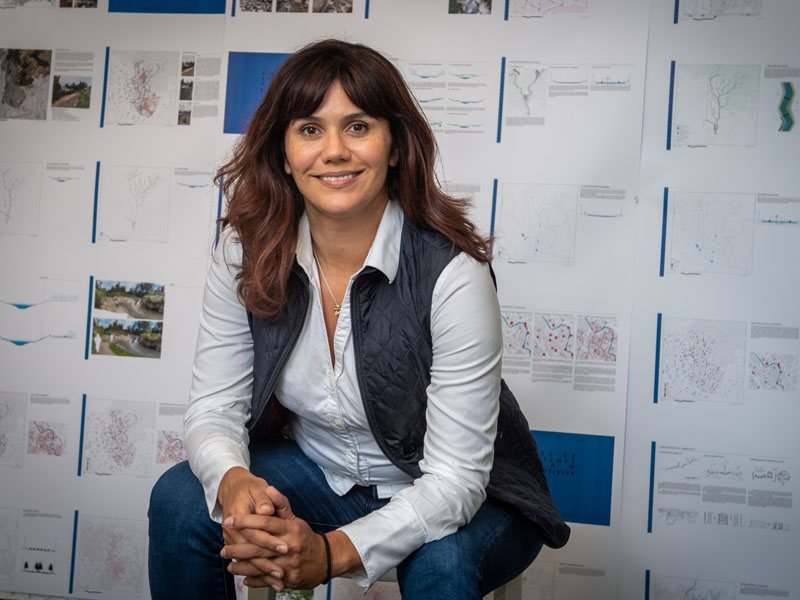 Daniela Rivero Bryant, an economist and a lecturer in the Master of Sustainable Real Estate Development Program at the Tulane School of Architecture, has been named as one of the Heroes and Helpers for her work on a citizen leadership team assisting in the COVID-19 response in her home country of Bolivia. She orchestrated a multidisciplinary team that designed an award-winning telemedicine tool to provide remote medical care and follow-up through a network of volunteer physicians in Bolivia. She also led the strategy to create an umbrella organization that unifies the efforts of volunteer doctors, influencers, technology experts, international aid organizations, communications experts and on-the-ground medical brigades. Her expertise in disaster policy has allowed local and central governments to join in these efforts.

Before attending Tulane in pursuit of her economics PhD, Rivero Bryant spent more than 15 years in post-Katrina New Orleans reconstruction, during which she managed the statewide disposition of several thousand properties sold to the state of Louisiana as part of the Road Home Program. 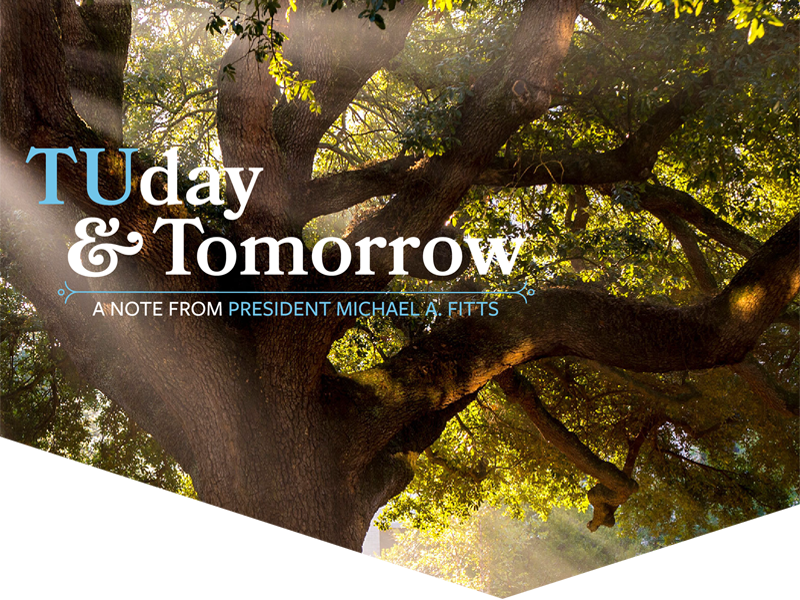