The story of Tulane University would not be complete without the contributions of the many important people from diverse backgrounds who have made a substantial and lasting impact on our campus.

In April 2019, President Mike Fitts announced an exciting new initiative to honor these Tulanians who led the way to the university becoming a more inclusive, diverse and welcoming community.

The School of Social Work commissioned New Orleans artist Terrance Osborne to paint a bold, large-scale artwork that tells the story of the first Black graduate students to earn degrees from their school. Osborne’s installation and a documentary film highlighting the women will be permanently housed in the School of Social Work.

Carolyn Barber-Pierre was honored as a campus pioneer for her three decades of dedication to the Tulane community. She has been instrumental in the university’s movement toward greater inclusion.

In 2019, the Office of Multicultural Affairs, the Office of Gender and Sexual Diversity, and the Office of Religious Life – as well as their new space in the renovated Richardson Building – were named the Carolyn Barber-Pierre Center for Intercultural Life.

The official dedication and ribbon-cutting ceremony at the center were held in 2021. The event included a gathering of faculty and staff, students, alumni, and family and friends for a celebratory luncheon and the unveiling of a portrait by New Orleans artist Brandan “BMike” Odums, which is on display in the center.

Charlie Hall, Charles Inniss, Robert Johnson and John Washington broke the color barrier 50 years ago by joining the Green Wave football team in the fall of 1971.

Tulane Athletics recognized the first Black football players during the Olive and Blue's matchup with second-ranked Cincinnati in October 2021.

Stickers were placed on the team’s helmets commemorating the 50th anniversary of their debuts. In addition, the honorees raised the No. 18 flag prior to the game in honor of Devon Walker and served as honorary team captains.

Stephen Martin Sr. (A&S ’68, B ’73) became the first Black person to play a varsity sport in the Southeastern Conference when he took the field for the Tulane baseball team in 1966. Tulane Athletics established the Stephen Martin Scholars to honor his legacy. The annual award recognizes two Green Wave student-athletes who represent the highest level of character and leadership skills while being academically driven and civic-minded.

Sierra Cheatham, a senior on the basketball team, and Sincere Haynesworth, a sophomore on the football team, have been named 2021 Stephen Martin Scholars. They join 2019 honorees Jessica Duckett and Keyshawn McLeod and 2020 winners Nick Anderson and Alanna Austin.

An installation honoring Martin and bearing the names of the scholars is on view in Yulman Stadium.

A pioneer for female architects, Angela O’Byrne (M.Arch ’83) has long held a passion for advocacy in architecture and built environment professions. As CEO of Perez, APC, she directs numerous social impact projects, locally and internationally, that provide aid to groups in need.

The School of Architecture recognized O’Byrne by naming the Angela O’Byrne Alumni Award, given annually to an alum who has demonstrated outstanding community involvement through architecture.

Nwachukwu Frank Ukadike was an associate professor in Tulane’s Departments of Communication and Africana Studies as well as an author and scholar in the field of African cinema and film studies. Hailing from Nigeria, Ukadike was a mentor and an inspiration to the many students he taught since coming to the university in 1998. To honor his life and contributions to the Tulane community, the School of Liberal Arts established the annual N. Frank Ukadike Award for Excellence in Media Studies.

Gisela Spieker, PhD (UC ’61), was a first-generation college graduate whose family immigrated to the United States in the aftermath of World War II.

Lisa Jackson (E ’83) is vice president of Environment, Policy and Social Initiatives for Apple. Previously she served as Administrator of the U.S. Environmental Protection Agency under President Barack Obama. This year, the Tulane Alumni Association recognized Jackson by naming its highest award for professional achievement in her honor.

The Lisa Jackson Professional Achievement Award will be given annually to alumni who have distinguished themselves through their professional accomplishments, and whose contributions honor the legacy of excellence at Tulane University.

Janice Foster (L ’70) was the first Black woman to graduate with a law degree from Tulane, two years after Michael Starks became the first Black student to earn his Juris Doctor. She was only the second Black law graduate. A full 50 years later, with a career that has been spent at Jones Walker practicing estate planning, estate administration and tax law, Foster’s legacy includes membership in the 2020 Class of the Tulane Law School Hall of Fame.

Michael Starks (L ’68), who broke barriers in 1968 to become Tulane Law’s first Black graduate, lived a remarkable life full of firsts, including becoming the first Black lawyer in the New Orleans City Attorney’s Office. To honor his life and contributions to the legal community in New Orleans, Tulane Law honored Starks with a portrait that hangs in the law school and launched the inaugural Black Law Alumni Reunion to celebrate the 50 years of Black law achievement since his graduation.

Wayne Lee, a 1974 graduate and current member of the Board of Tulane, was the first Black president of the Louisiana State Bar Association. For his lifetime commitment to diversity in the law profession and to his peers, the law school has named a scholarship in honor of Lee and commissioned a portrait to hang in John Giffen Weinmann Hall. The Wayne Lee Award for Outstanding Service to the Profession will recognize Tulane Law alumni who exemplify servant leadership and timeless contributions to the legal profession. Lee will serve as the 2022 Commencement speaker for Tulane Law School.

In 2019, the Board of Tulane approved naming Willow Residences, currently designated for the street on which they sit, in honor of the first Black undergraduates to earn degrees from Newcomb and Tulane, respectively: Deidre Dumas Labat (NC ’66, G ’69) and Reynold T. Décou (A&S ’67, ’79).

The university celebrated these new designations with special ceremonies and celebrations while recognizing many other great Tulanians, including Bobby Yan (TC ’95), a six-time Emmy Award winner and the founder of Tulane’s Asian American Student Union, for whom the Bobby Yan Lecture in Media and Social Change was named; and Luis Guillermo Solís (G ’81), for whom a professorship was named.

A two-time graduate from Tulane’s School of Arts and Sciences, Décou earned his bachelor of science degree in 1967 and a bachelor’s degree in earth sciences in 1979. After graduation, he enjoyed a 40-year career as a petroleum geologist.

A portrait of Décou by artist Carl Joe Williams now resides on the sixth floor of the Boggs Center for Energy and Biotechnology, home of the School of Science and Engineering.

Dr. Deidre Dumas Labat (NC ’66, G ’69) was a first-year student at Xavier University when she learned that Tulane had integrated, creating an opportunity for her to enroll as the first Black student at Newcomb College in fall 1963. She majored in biology and eventually graduated with the Biology Prize.

Tulane graduate and former President of Costa Rica Luis Guillermo Solís (G ’81) had a professorship named in his honor. 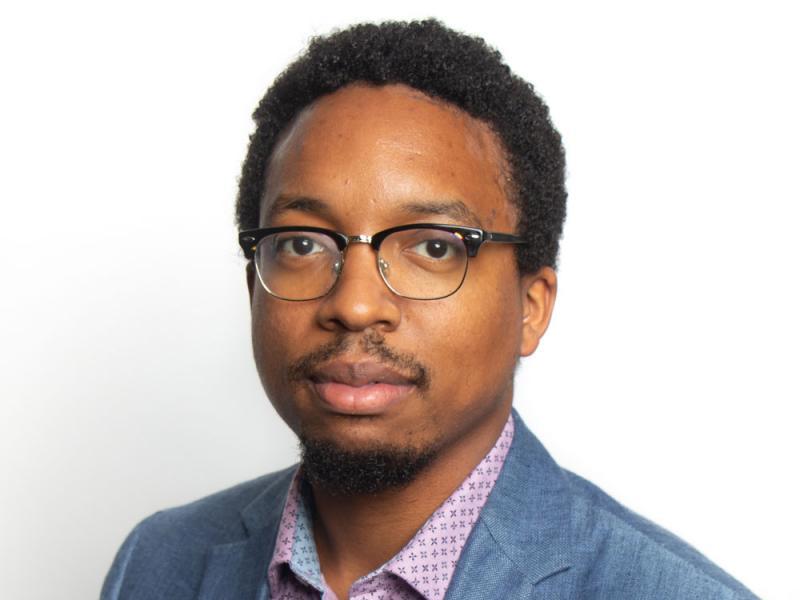 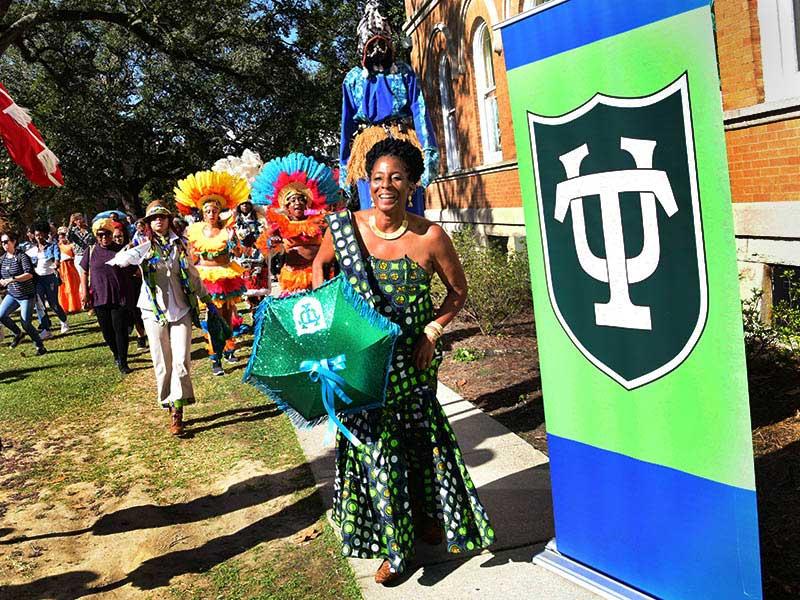 Carolyn Barber-Pierre recognized for service; center dedicated in her honor 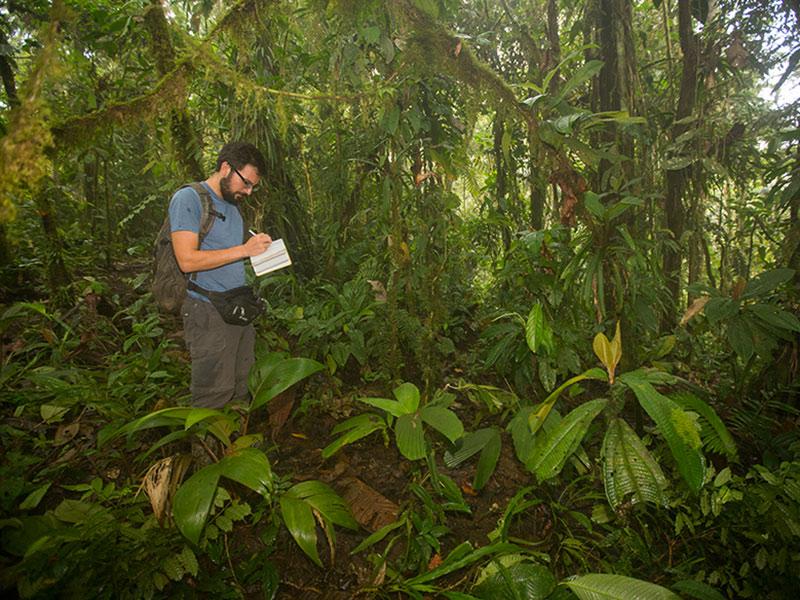 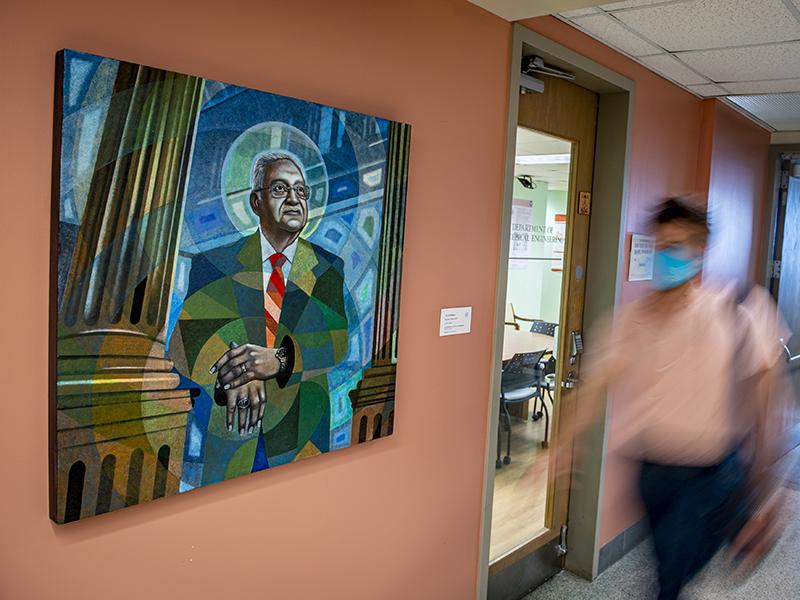